World of solitaire provides the vast variants of the popular card games known to humanity. There are many well-known solitaire games and some fascinating but less known to the general public. Today we are curating a list with the top 10 Solitaire games you should try, some of which are not available on worldofsolitaire.com

Here are our picks of the most played and least known, yet fascinating solitaire games in one collection with a vast choice of new fun variants to try.
[P.S. There is a surprise at the end of the article].

A single-deck card game with 7 columns forming the tableau piles. The cards in these piles are put in an overlapping order with the card at the end of each pile exposed. Build the 4 foundations piles from Ace to King using the cards from the tableau piles or the stock. The tableau piles can be built in a descending sequence in alternating color. The game is won when the foundations are all built. The detailed stats provided is a feature that shows how well you are doing. The game is available on of solitaire.
Pay free online each of the games below.

The main rule of Spider Solitaire is to ensure that the cards on the tableau are arranged in a descending suit sequence. A pile that has the sequence from King to Ace is sent to the foundations. Redialing of the cards is done if there are no other possible moves during play. However, there is a limit to the number of redialing that can be done per game. Sending all the cards to the foundations sets the end of the game. The timer clock in Spider Solitaire is a fascinating feature to test how fast your logic operates. Moreover, you can check out more world of picks

52 cards in a well-shuffled deck are used to build a pyramid with 21 cards in 6 overlapping rows. The cards in the first five rows are each blocked with two cards beneath them which need to be discarded before the blocked cards are exposed. During play, pairs of exposed cards with a total value of 13 are put in a discarded pile. Aces have the value 1 while Kings have 13. Demolish the pyramid to finish the game. An easy click-to-play feature makes breaking down the pyramid faster. Play free Pyramid Klondike

The Crescent is a two-deck game with 16 piles of outer cards forming an arc and 8 foundation piles at the center. Kings and Aces form two rows at the foundations with a reserve cell at the middle. The foundations are then built either in ascending or descending order. The top card in each pile is played to the foundations or round the tableau. The game ends when all the cards are dealt the foundations. The main feature of the game is the provision of many combinations to choose from during play. Play free Crescent solitaire here.

A single-deck game with 13 cards squared up in the stock pile, the top card exposed. Four foundation piles hold cards in an ascending suit sequence during play. Below the foundation piles are four cards placed to form the tableau. Cards from the deck build the foundations; or the tableau in descending, alternating color sequence. The foundations are also built from the stock, waste pile or tableau. The stock pile is dealt three cards at a time when no other moves are possible. The game ends when all cards are on the foundations. The click-to-play feature makes the game easier to play. The game is available on of solitaire and here for free.

Single –deck cards are in seven columns, increasing by one card across the tableau. Four cards in each pile face up. Only the bottom-most card is exposed. Cards in the tableau can be built in a descending sequence. Empty slots in the tableau are filled by Kings or cards headed by one. Aces are moved to the foundations and the sequence is built in ascending suit order. The game ends when the 4 foundations are all built. Moving a group of cards in the tableau is a feature that makes it easier to initiate play. Play here Russian Solitaire.

A traditional solitaire game with cards stacked together in a column to add up to 2048. Once achieved, the cards are removed. The main challenge is that cards already played cannot be removed unless they total up to 2048. The game ends when all the cards are made to disappear. The four card slot with colorful cards are the remarkable features of the game. You will not find this variation on of solitaire. Play 2048 Solitaire here for free.

The game has 8 foundation piles, the first 4 are built from the Aces up and the rest from the Kings down, all in sequence. There are 8 tableau piles with each card of the pile facing up and additional 6-pile reserves. The Kings are first while other foundations are left bare. An empty slot is filled with any card. The game ends when the cards are all moved to the foundations. Accumulate points by finishing in the shortest time, an amazing feature of the game. Play free here.

Yukon Solitaire is a variation of Russian Solitaire. See the rules, gameplay, some interesting info or just Play it here for free.

Well, we hope you have enjoyed our world of solitaire collection, and for those of you who have read this long article, we have a little surprise as a reward – a beautiful, fast and free app to play Klondike on your mobile device.

If you love playing Solitaire games on World of Solitaire, you have definitely played the most famous one – Klondike. Sure enough, there are hundreds of thousand websites and mobile apps where you can play a Klondike game. Some of them are great, others – well, not so much. I tend to try new Solitaire games once in a while for more fun and new experience and I will share some of my favorites online games at the end of the article. Before that, however, I want to show you a little known but probably the best mobile app for Klondike Solitaire that I have tried.

Solitaire The Game is not the most popular Solitaire app, neither is developed by a big name in the industry (the developer’s name is Mobishape in case you are wondering). There is no option to play Freecell or Spider Solitaire, too – you can only play Klondike. So, you might start asking yourselves “what is then the big deal and why you are featuring the app?” Well, there must be a reason for its top-notch 5 stars’ rating in the AppStore and Google Play and I will give you my perspective.

The app’s performance is just superb! Not only the game loads super fasts (a second or 2) but it hasn’t crashed for over a year (and counting) and believe me I’ve been playing a lot – over 100 hours so far. Stability and performance are really outstanding and if you hate losing a solved game due to an app crash, you know what I am talking about. And if you close the app by accident – don’t worry it will reopen to where you were.

Solitaire The Game – Design and features

The design is another thing that I am quite fond of, as it is modern, simplistic yet beautiful. The navigation is quite intuitive and comes naturally and it is quite easy to deal with the settings. Turn one or turn 3, standard or Vegas scoring, sounds or mute, animation or no – everything is presented on a single screen for you to select. On the same screen are listed all customization options for the theme. One can easily change the background, cards’ faces and back, and even the deck spots.

One of my favorite perks is 2-taps to slide feature, which slides the playable area down and allows me to play the game with one hand ( my phone’s screen is big or my fingers are short so I can’t reach the top of the screen)

If you like to compete (and who doesn’t), there is a Game Center, so you can compare your results with thousands of other players or just check your own statistics from the menu – percentage games won, high score, longest winning streak, average time, the best winning time, moves and more. Another must-have feature is the hint button (just in case you can solve a hard puzzle) which is placed at a convenient central location at the bottom.

Last, but not least, the game is free and there are no intrusive ads. While you are playing a game the full screen is only for the game. The ads are shown between the games and as far as I can tell they are shown every 5-6 minutes or so, which is way better than any other apps I have tried. 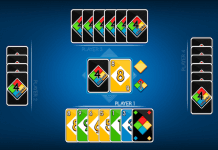 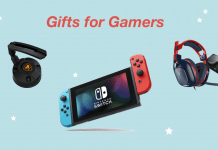 Gifts for Gamers [that every gamer would want] 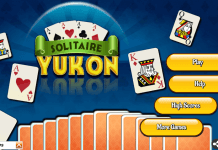