Have you noticed it?

You can select between 4 games to practice your brain? Look at the top left corner and you will see “sudoku.game” selected by default. Right next to it, there are 4 small icons for Klondike, Freecell, and Mahjon.gg, so you can play all 4 favorite brain games in one place!

How to play Sudoku Kingdom?

Sudoku Kingdom – the objective of Sudoku is to fill in a 9×9 grid with digits so that each row, each column, and each 3×3 sub-grid section (also called blocks and regions) contain all the numbers between 1-9 without duplicates (i.e. you can have number 9 only once per row, per column and 3×3 region). At the beginning of the game, you will have a 9×9 grid with pre-filled numbers. By using logic, your goal is to fill in the missing digits so as to complete the grid. To wrap-up, a move is incorrect if: 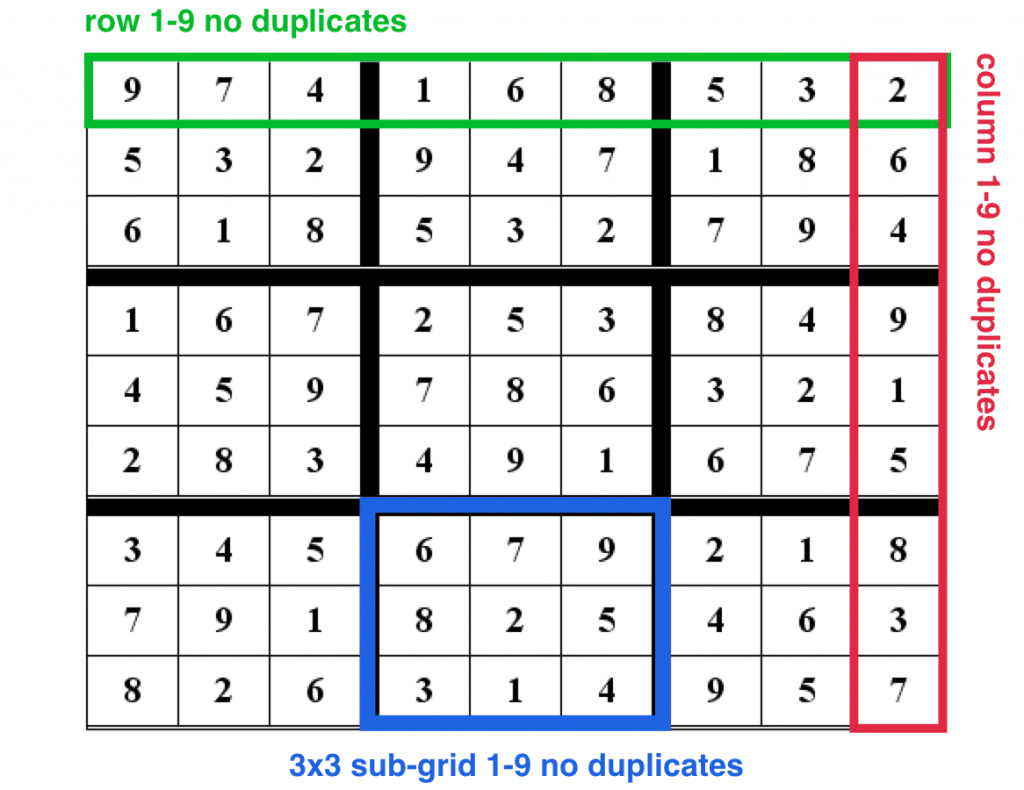 Sudoku is one of the most popular puzzle games which uses logic to solve a combinatorial puzzle. The goal of Sudoku is to fill a 9×9 grid with numbers so that each column, row, and 3×3 region contain all of the digits between 1 and 9, without using the same number more than once. Completed games are always a type of Latin square. The modern Sudoku was most likely designed anonymously by Howard Garns, a 74-year-old retired architect, and freelance puzzle constructor and first published in 1979. The puzzle was introduced in Japan by Nikoli in the paper Monthly Nikolist in April 1984 under the translated name “the digits must be single”. The game quickly became popular after its introduction to Britain and the USA in 2004.

As a logic puzzle, Sudoku is also an excellent brain game and if you play Sudoku daily, you will start seeing improvements in your concentration, memory, and overall brain power.

If you like this article and the game of sudoku kingdom, please like or share it.
Moreover, here you can find and play other puzzle games, namely Solitaire or to check out the top 5 free MSN games, or the top 10 addicting games.