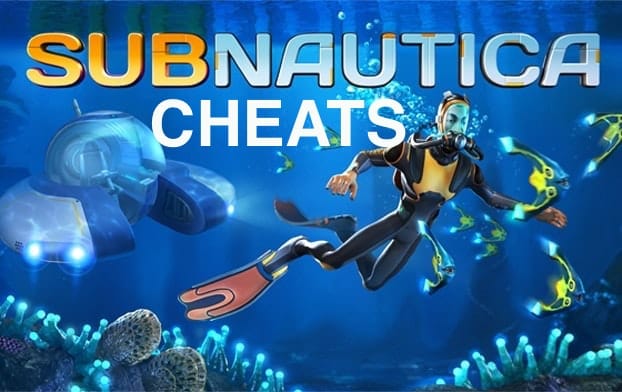 Subnautica Cheats You Need To Know

Using the Subnautica cheats, you can get unlimited oxygen, become invincible, build faster, craft more weapons faster, and unlock a host of other skills. Jump straight to cheat codes

Developed by Unknown Worlds, Subnautica is an underwater, open-world adventure and exploration game which offers the player an incredible opportunity to explore deep down into a mighty alien ocean. The game involves descending into deep depths of an alien underwater world made up of lots of perils and wonders.

However, doing this without any help might be quite tasking. This is why you need Subnautica cheats to help enhance your Subnautica gaming skills.

In the game, you get to explore fascinating volcanoes, lush coral reefs, move through an amazing cave system, and so forth, all in the name of survival. By making use of the Subnautica cheats, you get more pilot submarines and craft equipment that will help you out-smart wildlife and stay safe during your underwater adventure.

A Quick Look at the Game – Dive into an Immense Underwater World, Craft, Scavenge and Survive

After crash landing into an alien ocean world, next thing you know is that your Life Pod is sinking down. The ocean world in the Subnautica game features several wonders including lava fields, treacherous deep-sea trenches, sun-drenched coral reefs, as well as bio-luminescent underwater rivers.

With time running against you, your quest for survival being. You need to find food and water to help stay alive. You also need to develop the pieces of craft equipment such as diving gear, lights, Craft knives, and personal watercraft which will be used during your exploration.

In addition, your limited supply of oxygen should also be managed to travel through the reefs, plateaus, kelp forests, and winding cave systems. Gather resources from the water surrounding you. Go deeper for rarer resources that can be used to craft more sophisticated items. However, the water is filled with various life forms. While some may be of help, a lot of them are harmful.

Fortunately, enthusiasts of the Subnautica game can now enhance their gaming skills by making use of the console commands. Using the Subnautica cheats, the player can get unlimited oxygen, become invincible, build faster, craft more weapons faster, and unlock a host of other skills.

To begin with, Press F3. A checkbox will pop up on the top left corner displaying: “Disable Console”. The next thing to do is to Press F8. A mouse cursor will appear. This can be used to uncheck the box, thus, activating the console.

After enabling the console, press “Enter” and type in the Subnautica cheat command for the skill you wish to unlock. Anytime the game is restarted, before pressing the console key, press any overlay key for example F3. Some of the most common Subnautica Cheats are mentioned below:

SPEED – Increases or decreases speed. The player can go faster or slower.

MADLOOT – Get useful items for free.

FREECAM – Be able to see your body and move through walls

The above are some Subnautica cheats to help enhance your gaming skills. Look, there is more!

Subnautica’s alien world is just awesome and spending hours to explore it could be pretty amazing. However, it is easy to get lost which is no fun at all. Here is an interactive Subnautica map to help you navigate the world.

A spoiler alert. Exploring Subnautica without any knowledge, getting lost and stumbling on something is part of the game and it has its charm. By using the map you may… well ruin that or find some intriguing unseen stuff.