Attention! You need to activate Java in order to play this game.

What is FNaF World?

It is an indie role-playing video game originally created by Scott Cawthon. The game is the first official spin-off to the famous Five Nights at Freddy’s series. It was first released for Windows in January 2016 but came with unfinished gameplay and many bugs which led to initially not very good reception. However, it was updated in February 2016 and re-released free of charge.

What about the Gameplay?

In FNaF world, the player controls the scary animatronic robots instead of the humans. Each character has a different set of attacks and special abilities, so it is wise to get familiar with them. The player starts by choosing 2 parties consisting of 4 characters each. The starter characters are the original and toy versions and can be swapped in and out of the party. As the player continues, more characters are collected and in the party and could be upgraded to super robots. Along the way, a character known as Fredbear gives the player tips on what should be done next.

As a player, you have the task to explore the game world and to and take on and defeat a variety of different monsters and creatures in turn-based battles. Once new areas are revealed and a special button is pressed, the player can use “jumping” to teleport between each area through an overworld map. FNaF world combines the scary surreal elements of Five Nights at Freddy’s with a challenging gameplay.

There are 2 modes to choose from – Adventure and Fixed Party and has two difficulty levels – Normal and Hard.
Please let us know in the comments section below of your thoughts. Enjoy the game and if you are interested in more Scott games – here is the full list of all 70 Scott games
Advertisement 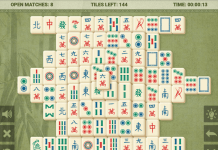