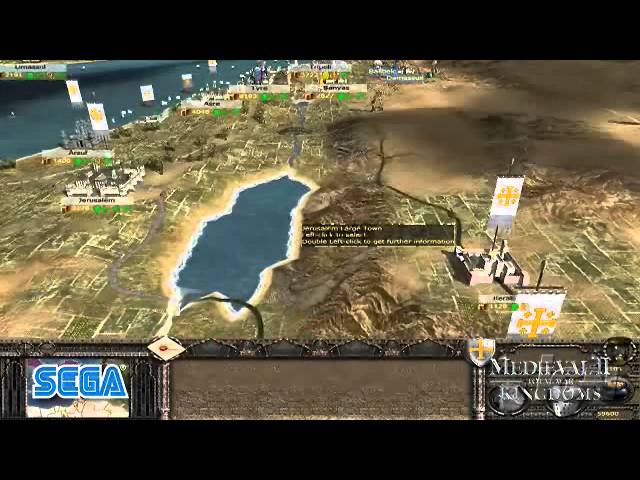 Well, you have probably seen many lists and rankings of Total War Games and “the best Total War Games”. Some of them very solid, others not so much. As it’s always been the definition of “the best” depends on your personal preferences and flavors, and last but not least – your mood at the moment.  If you have been watching a film, historical series or just read a book that struck a cord lately, you know what I mean.

Personally, I enjoy playing the majority of TW titles but have caught myself to prefer Rome at times when I was watching the TV series. Anyway, I will try to refrain myself from such influence and I will try to give you an objective list with top 3 titles.

So let’s see our list for the best Total War Games.

The action is taking place back to 16th century in Japan with the main goal of the player to conquer Japan. Just like previous Total War series, Shogun 2 combines a turn-based tactical mode with real-time battles. Starting by picking a clan (all clans have access to the same types of units peasant, monks and samurai) and striving to build an empire and crush your enemies, you will need to use your imagination and deploy different strategies and use smart tactical moves. Shogun is very close to the real-life simulation. And if you just ask yourself what would I do in the real life – there is a pretty good chance you will be rewarded. The real-time combats are intense and full of details, yet you can easily control your formation. In spite of the limited faction and units, there is a great variety of tactics to deploy. And you will find out that each unit is extremely good at what he does. The soundtrack, art direction, scripting, and gameplay are just amazing and create the feeling of being there. This game brings Total War gaming at its core.

Going back to the rise of the Roman empire (270 BC to 14 AD) Rome: Total War gives you the freedom to build an empire and economics, handle politics and of course – warfare. The tactical element is of crucial importance, both in handling politic’s negotiations and outmaneuvering your enemy on the battlefield. By choosing one of the Roman factions – Brutii, Julii or Scipii, your goal is to conquer Rome and fifty other provinces around the map. Along the game, it is up to you to decide if you will follow or disobey the orders given by the Senate. Sure enough, these decisions affect the final outcome. In my view, Rome’s campaign mode is the heart and the soul of the game. As far as the AI is concerned – well it doesn’t have any major flaws that can ruin the experience. On the other hand, graphics are dated and if I have to be honest that is something that bugs me, especially in 2018. And if you are relying on the game to teach you about the history –  don’t, it is not very historically accurate, to say the least. However, I do not consider that fact as a major one, especially when the whole purpose of the game is to rewrite history in your own way.
Overall, this is one of the best Total War games and the one I’d recommend you start with. Or at least give it a try you will probably not regret.

Disclosure: I am not the biggest fan of Medieval because of the time period.
Pros: Kept all good things about Rome but with improved graphics and PC performance. It is very replayable – it has the biggest modding community, awesome DLC campaigns.
Cons: Smaller map, becomes repetitive at some point.

Well, at this point you are probably wondering how come I don’t like this title as much as Shogun 2 and Rome, and yet Medieval has made it to the top of the list. Honestly, the only thing that I dislike is its time period. However, I promised you to keep my personal preferences for myself and try to provide you with an unbiased list (as far as any list can claim that). Medieval II is probably the number one, because of its great DLC campaigns, combined with the excellent gameplay improvement of an already great game – Rome. The Senate mechanics is replaced with a religion one – the Pope, which is very fun, yet difficult and complex to master. There are a few changes in the recruitment system too, but it is for the better. The graphics are far superior to Rome’s, so you can enjoy the battles. PC performance is more than decent. The only drawback of Medieval is that the game might get a little repetitive at some point but here is the time to mention it has the biggest, and in my view the best, modding community. Overall, I would highly recommend it to all who have a romance with the Medieval period of our history.

I am sure that many of you will disagree on the list and of course, that is just fine. But before giving me my fair share of hate, please keep in mind that the ranking of TW games is extremely hard, given the simple fact that modding can literally change everything and reshuffle the whole list for the Best Total War Games

Also, please share your thoughts and experience in the comments below to add a different perspective to help those who are trying to figure out which game should they try.

You can also check out our top 7 Kogama games or 10 most addicting games here.