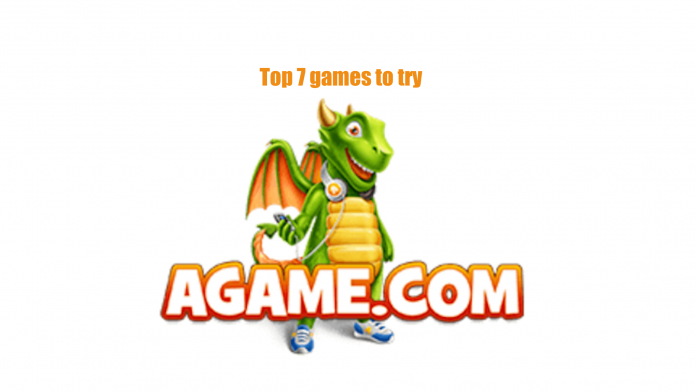 Firstly, the most notable problem for gamers is the quickness in which one gets over a game. For example, you probably had the same problem where your most favorite game quickly becomes boring. The best way to solve this particular problem is to renew your games frequently and try out something new. You might be surprised by how quickly you come across different games that turn to become your favorites. Lucky for you, Agame provides a myriad of games on the website and you will be sure to find something that works for you.

Here are some of the best games you can play on Agame.com

Have you ever had this ridiculous desire to shoot an apple off someone’s head? That’s dangerous and I wouldn’t recommend it. However, the good news is that through Agame you can have your dangerous desire satisfied through the Apple shooter game, this I recommend. There are different levels to the game and with every apple, you successfully shoot you proceed to the next level. The more apples you shoot on the persons head the further you move from him and the harder the aiming becomes. The game is addictive and every successful shot is very rewarding. The game does not have an age limit and can be played by anyone who knows how to use a mouse.

Cons
The game layout is very simple, too simple actually and does not appeal greatly to the player.
Play online here.

Above all, p games are meant to jog your mind and stretch your abilities to quickly think on your feet. Well, The Impossible quiz game does exactly this and goes beyond the puzzle games expectations. In this game you are required to answer a series of questions, sounds simple right? Well it’s not, these are among the hardest questions you are probably going to encounter ever in a game. This difficulty is what brings fun in the game. The game is recommended for adults based on its difficulty as well as the presence of the offensive language in it.

Cons
It is a difficult game for an average gamer.
Play here.

If you are into gory games the Five nights at Freddy’s 2 is the game for you. The game is downright scary from its beginning and becomes even scarier as it progresses. In the game, you play as a guard in Freddy’s restaurant working in the night shift. The previous guard was transferred to the day shift after he complained about seeing a character moving in the restaurant and a series of glitches in the electronics. You are sent in as the new replacement for the guard in this tormented restaurant. Your objective for the game is to survive through the nights, what could go wrong? Overall the gameplay is quite smooth and the graphics are okay representing the gory nature of the game. The game is not appropriate for children because they are sure to have sick nightmares after this. You can play it here.

Racing games are fun and the depiction of cars in games makes it all exciting. Agame cars build this excitement through this insane game. The game is more than just a racing game and introduces the feature of stunts in racing games, how crazy is that? Players can choose among the many supercars available and get behind the wheels to perform some crazy stunts. There are jumps and loops through the course and you best be ready to impress. Being a game, there is no age restriction and the game is appealing to the general gaming community. The gameplay is great backed by its good 3D graphics and its easy flowing nature.

Cons
It is an online game that restricts it to online usage.
You can try it here.

The fight between humanity and zombies continues in the Agame action game. The twist, however, is that weapons are not used as Agame introduces the new secret weapon through plants. In this game, the zombies are coming to attack and the only thing standing between you and them . So what do you do? You plant as many seeds as you can by utilizing the sun. The game is pretty simple and is not age restricting. Here is a game you can enjoy playing with your kids.

Cons
The beginning of the game is quite slow in the initial stages before you progress to the heated stages.
Play plants vs zombies on agame.com

Ellie: Get Ready With Me

Agame is not only inclined towards boys alone as there is something for everyone. Among the best Agame games for girls to play is this one where you play as Ellie a fashion icon. In this game, girls can play dress up by putting on makeup, doing the hair and lastly choosing an outfit to compliment the whole look. What’s even more interesting about the game is that you have the option of sharing your makeup design on social media. Concurrently, girls get fashion tips throughout the game. See more.

Cons
No offline fun for you because it is an online game and requires internet to play.

Board game lovers are not left behind with this awesome Agame backgammon classic game. What is interesting about the game is its multiplayer feature that allows you to get down and compete with another player online. If you fancy yourself as a backgammon legend then this is the game for you to prove your prowess. The game is appealing to everyone and it is not age restricting as long as you can play backgammon. It has a simplistic display with pretty much everything you need in a backgammon game.

Well, there you have it – our list of the top 7 games on agame.com. If you have liked the list, you might want to see our top MSN free online games or the best Aaarp games.